Stanford Football is not your big-time SEC or BIG 10 affair, but damn, it’s fun.
I’ve managed to go to a Stanford football game each year for the last 3. Love it.

2009 versus Oregon with Sarah, a normal and sunny afternoon game. I got tickets from the Stanford website and knowing nothing about the stadium, settled for upper deck, Row XX, above the student section. I discovered that in this 50,000 seat, newly remodeled stadium, there are no bad seats. Stanford won in a wild game 51-42, but it was not without thrills, as the Ducks mounted a 21 point comeback in the 4th quarter and were driving as the clock expired. 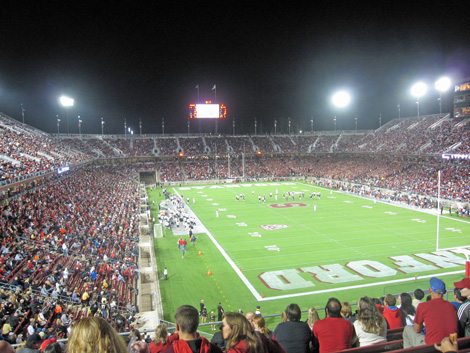 And this year, I got Stanford versus Washington which turned out to be Stanford’s homecoming game. Huskies tickets were pretty easy to get at a good price as they were not reputed to be a power in the Pac12. Ah yes, but they came in with a 5-1 record, losing only their opener to Nebraska. By gameday, it was a sell-out, 50,345.

Knowing the ropes a little bit, Carol, Sarah and I planned to get there early for our version of a tailgate. We’re not really tailgaters, having no portable grill, portable TV, camp chairs and what not, but Sarah made her famous “meat bombs” — French rolls, hollowed out, stuffed with a ground beef, gumbo mixture and baked in tightly wrapped aluminum foil packets. Turns out to be a perfect tailgate food. No muss, no fuss (‘cept for Sarah). Add a couple frosty cold Budweisers and call it a tailgate. 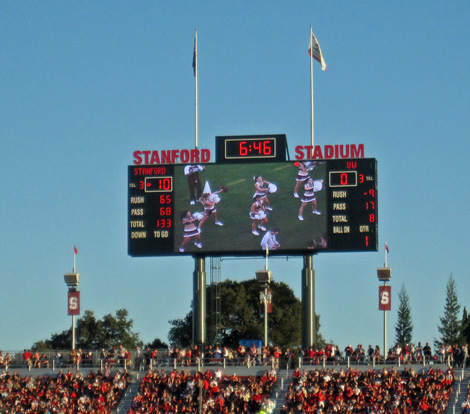 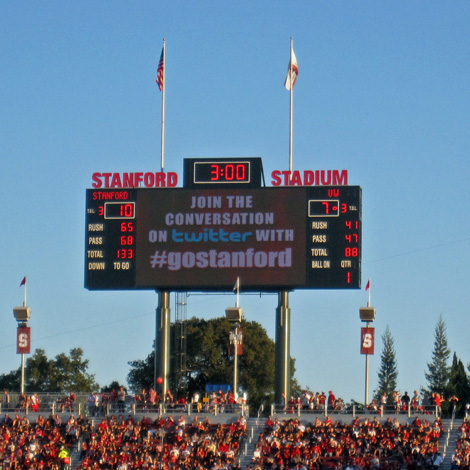 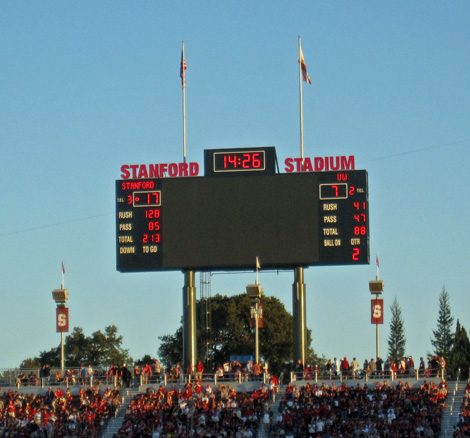 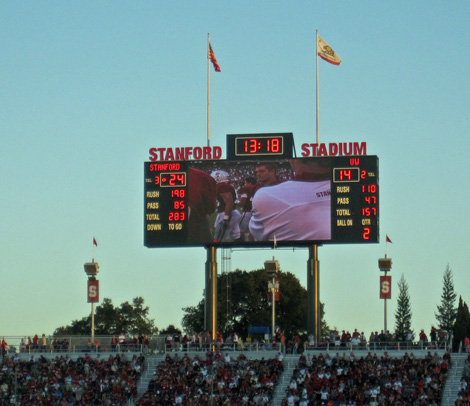 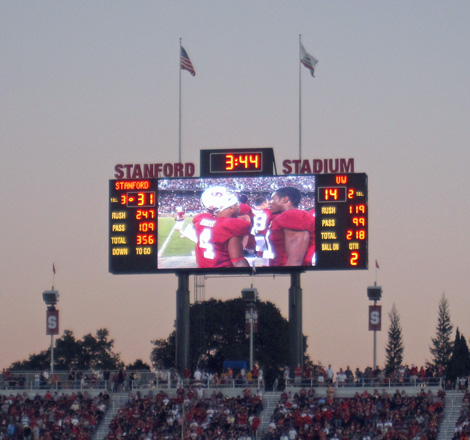 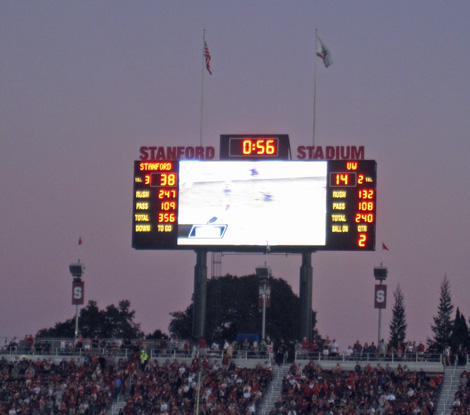 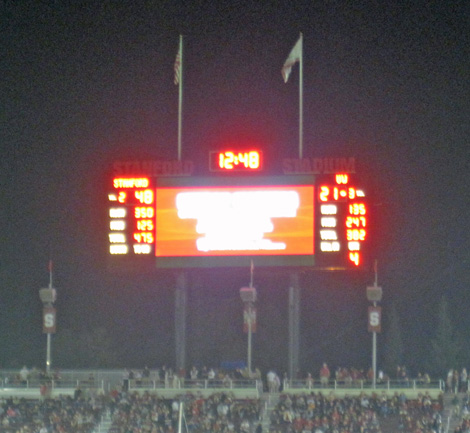 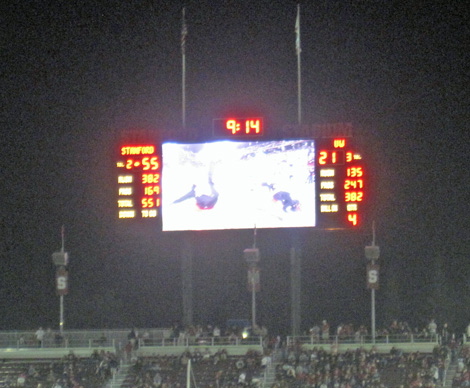 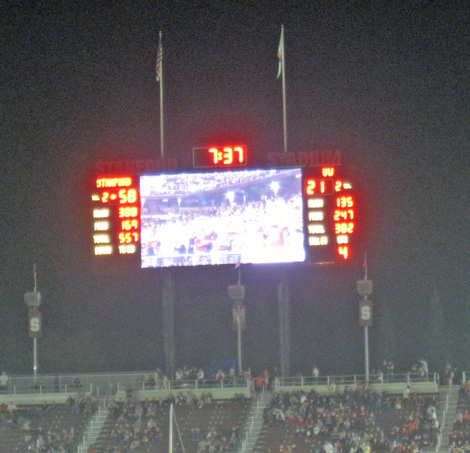 I’m already looking forward to next year’s game. Who shall it be, we’ll wait and see. Have another meat bomb.